Still having fun with my Manga Studio software and have been playing around with a kind of fan comic. I’ve always been a rather huge Harry Potter nerd, and I love all the extra titbits that JK Rowling has been releasing via her Pottermore website (www.pottermore.com). One of the things she mentions is that Harry and Ron leave school to go and work at the Ministry of Magic and become two of the most effective Aurors ever. Thinking about that got me imagining what other ‘Post-Voldemort’ adventures they might have gotten into.

So I came up with this…my own imagined version of an Auror’s Tale. This is just the first few pages and the rest is on its way. I think of it as a kind of Harry Potter Noir. All very dark, pouring rain, trench coats and internal monologue. I’m trying to stuff it with easter eggs and tie it in with lots of Potter references. I’m liking the style of it so far. Stay tuned for the rest of it. 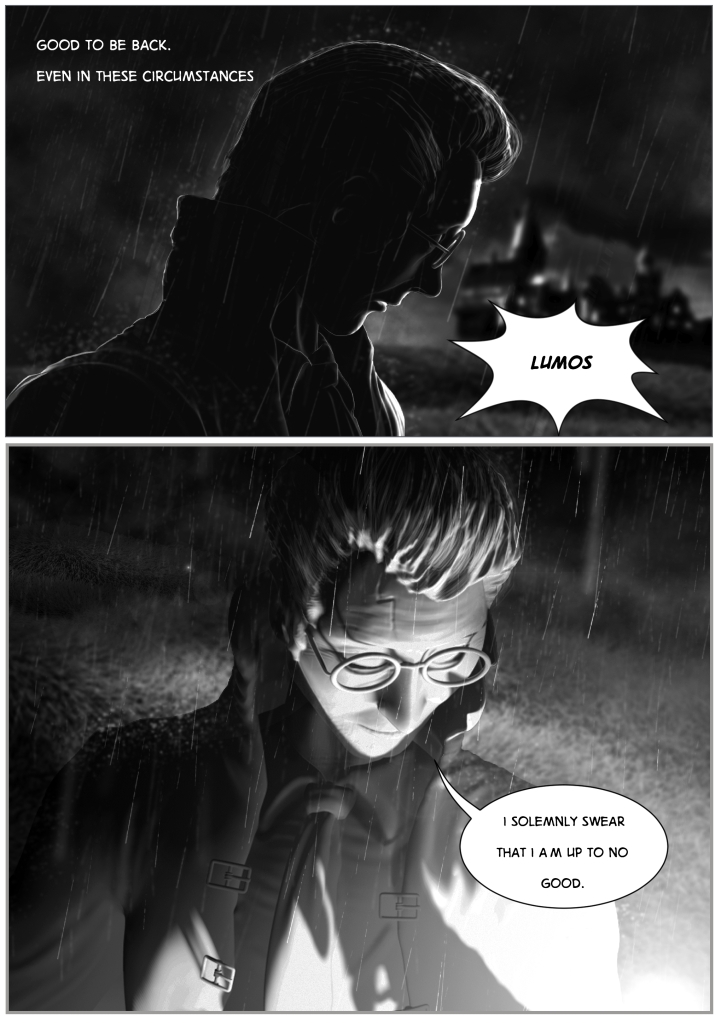 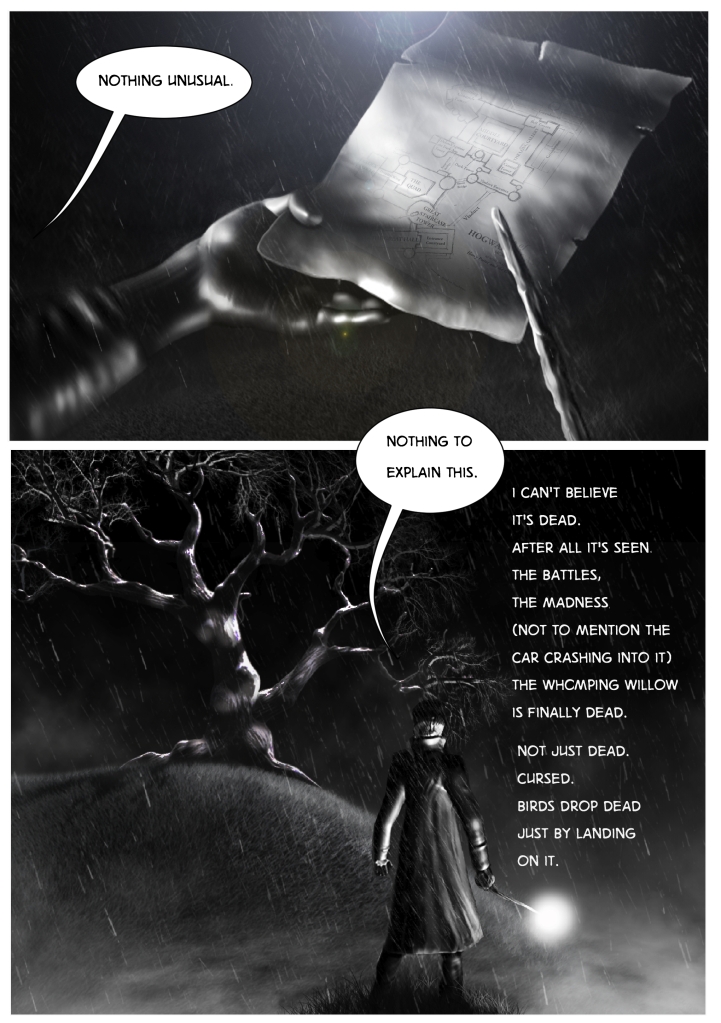 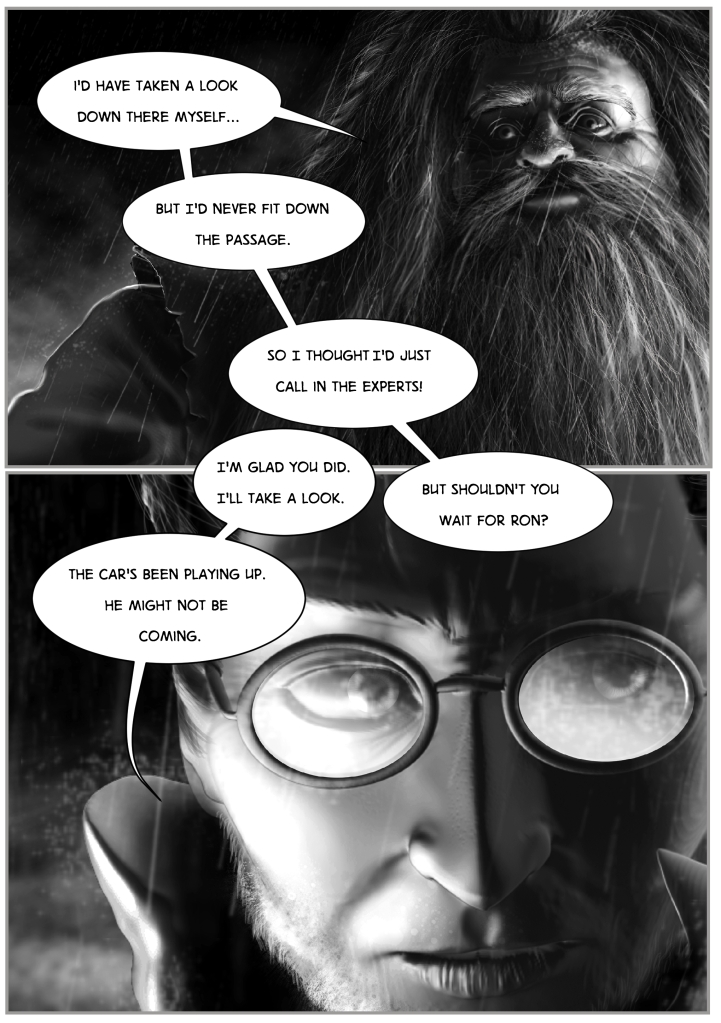 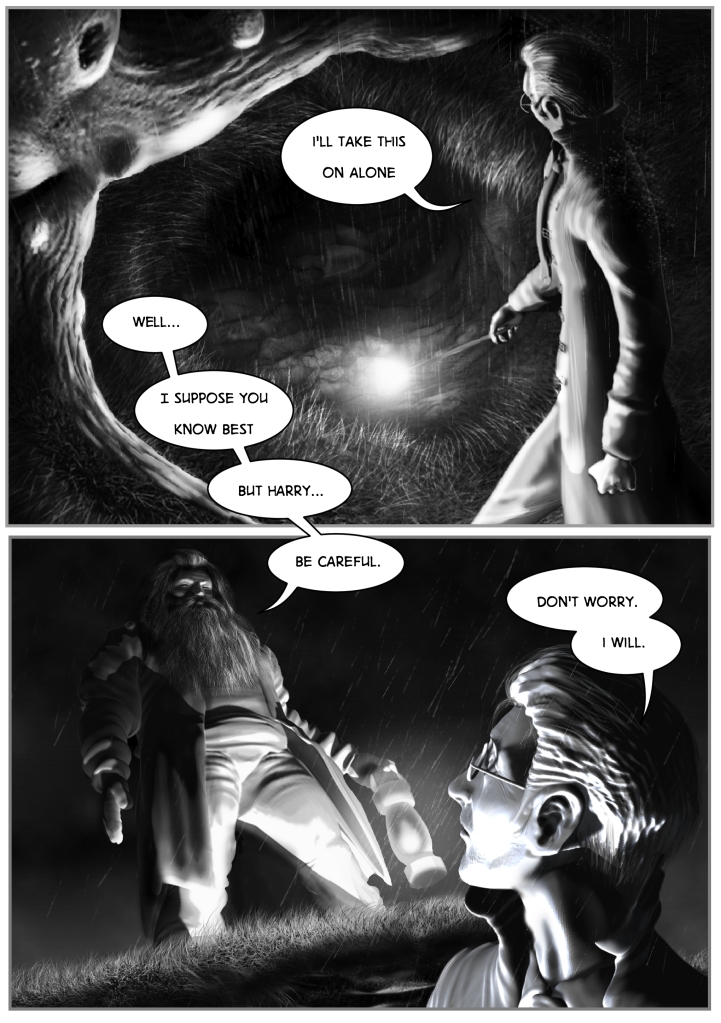 This entry was posted on November 8, 2013 by alexmcardell. It was filed under Uncategorized and was tagged with Auror, fan comic, Harry, Harry Potter, Hogwarts, JK Rowling, Manga Studio, Ministry of Magic, photoshop, Ron Weasley, voldemort.