Many years ago I attended Lancaster university and had by most accounts a pretty awesome time. I went through a phase of joining every society under the sun and paid visits to the Hip Hop society, the Karate club, the Archery club and many more. It was in the Karate club that I met a guy called Mike Grist. God knows Mike was a lot better at Karate than me and I still remember the session where we were partnered up and had to pummel each other in the stomach and the way I groaned after the class. 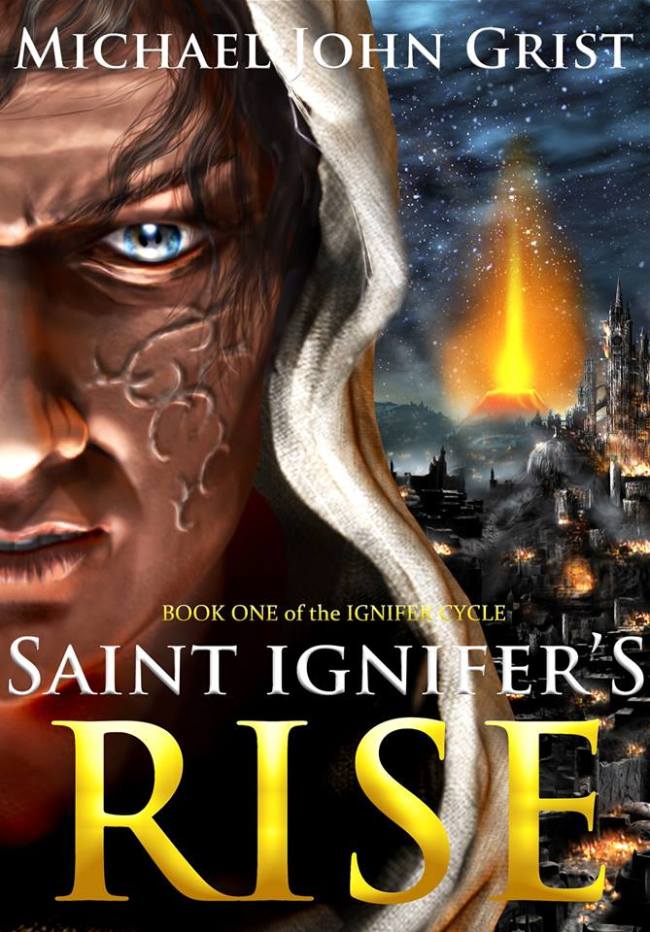 Years later and Mike is living in Japan, and has become an explorer and prolific writer. This is taken from his page:

“Michael John Grist is a 33-year old British writer and ruins photographer who lives in Tokyo, Japan. He writes dark surreal fiction, with stories published in numerous pro-fiction magazines. He also explores and photographs abandoned places around Japan, such as ruined theme parks, military bases, underground bunkers, and ghost towns. These explores have drawn millions of visitors to his website michaeljohngrist.com, and often provide inspiration for his fiction.”

I contacted him last year to see if he would consider me as the supplier of his next book cover. Mike kindly agreed and very soon I was working on the cover for his first fantasy novel “St Ignifer’s Rise”. The image is done is my usual mix of 3D and 2D imagery. I’m pretty happy with how it turned out and I’m especially proud of the scars that cover the face of the main character Sen. Zbrush is perfect for that kind of job.

The book is finally on release and is available for purchase through amazon.

Check out Mike’s site for some pretty great book reviews, ruins articles and other bits and bobs.

And pick up a copy of his book on amazon.co.uk! 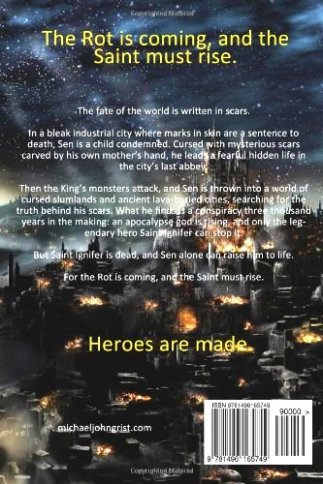 This entry was posted on March 23, 2014 by alexmcardell. It was filed under Uncategorized and was tagged with Book Review, Fantasy, Japan, Mike Grist, Novel, photoshop, Rise, zbrush.